What is an LED?

An LED is a "Light Emitting Diode," a type of semiconductor that can fit into an electronic circuit and carry an electrical current in one direction.

An LED light bulb's heat sink usually weighs several ounces and can become hot once you turn on the light. From the heat sink plate, the heat moves into the air surrounding the bulb. If you place the bulb in an enclosed fixture, it keeps the heat from effectively moving away from the heat sink, raising the temperature around the light-emitting diodes. This, in turn, causes the LEDs to overheat, shortening the life of the bulb.

Many LED bulbs have light-emitting diodes that all shine in one direction. This results in a bulb that directs most of its light toward the top of the bulb. If you place this type of bulb in a table lamp, you can see that most of the light ends up on the ceiling with very little refracted onto the table. In an attempt to make LED bulbs more like incandescent bulbs, omni-directional LED lighting is becoming more common. This lighting distributes the light evenly around the bulb. Commonly, it's done by bouncing the light off reflective plates inside the bulb.

LED light bulbs are relatively new on the market, so they haven't been through the test of time – especially those that boast a lifespan of 50,000 hours. Although most of these lights last for about 25,000 hours, their warranties only cover about three years. This is perhaps because if you run the LED lamp continuously, it will only stay within the 70 percent range for a little less than three years. However, if you look on the Lighting Facts label of many LED lamps, it gives a life based on years. This is because the industry standard is three hours of use per day instead of 24 hours.

What is the benefit of LED lighting?

While they currently cost more than ordinary bulbs, but LED light bulbs can last 25 times longer than traditional bulbs.

Traditional incandescent bulbs only convert around 10% of their energy output into light — wasting the other 90% as heat. LED bulbs lose very little energy in heat output and are approximately 400% more energy efficient.

In addition, LED is a much brighter light. LED bulbs can offer better intensity than traditional bulbs, and can be programmed to produce millions of colors as well as different hues of white light. 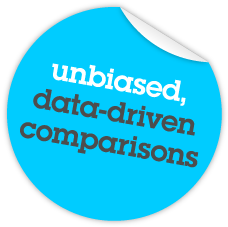